The 5 BEST Airbnb homes for surfers in Santa Cruz

These are the best Airbnb homes for surf fanatics in Santa Cruz. For the longest time, Jack O’Neill was credited with inventing the wetsuit. The Santa Cruz resident founded the O’Neill surf brand and created the now ubiquitous neoprene garment to help him withstand the chilly waters of central and northern California.

But then a few years ago, an investigation revealed that Hugh Bradner, a UC Berkeley physicist, actually invented the wetsuit. So there you go. Either way, there’s no need for us to get bogged down in wetsuit-based beef, because one thing is certain: the surf in Santa Cruz is pumping (sometimes) and the water is very cold (most of the time).

So if you’re looking to drop in on a 15 foot monster at Steamer Lane, or split a few party waves with some tourists at Cowells, we’ve found a few of the best Airbnbs for surf fanatics in Santa Cruz. Wetsuits not included.

A contemporary living space for $700 per night 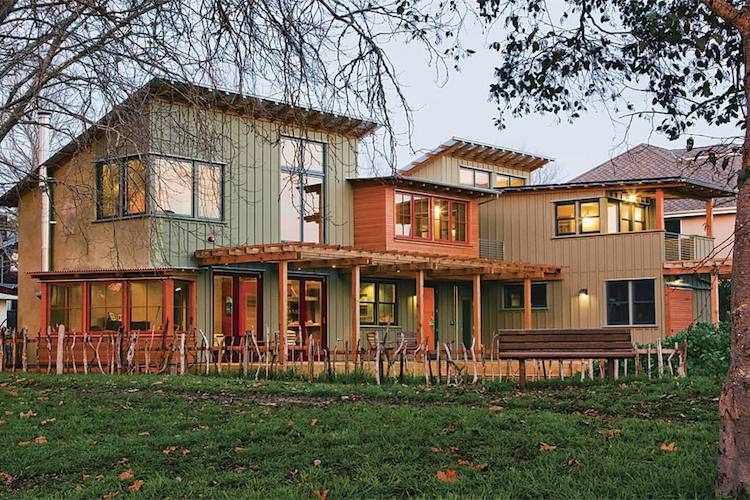 There are two main breaks in Santa Cruz. Steamer Lane, which is a point break that can handle anything from three foot to triple overhead waves; and Cowell’s, a spot around the corner from Steamer that’s made altogether more pleasant by a monster-swell-reducing coastal bluff. It’s often viewed as one of the best places to learn to surf in California.

No matter your level, this contemporary home will serve you well. The metallic structure features colorful rooms, open plan spaces and wooden finishes. Natural light floods the home, creating a sense of serenity and calm, which is a particular plus if you’re psyching yourself up to paddle into a 25 foot monster at Steamer later in the day.

Each bedroom is its own private sanctuary, while an outdoor deck and hot tub make for an ideal place to debrief on the day’s session or argue over who invented the wetsuit. The home also has top-notch WiFi, meaning you can check the conditions online when the extremely short walk to the coast feels like too much effort. Definitely one of the best Airbnb homes for surf enthusiasts in Santa Cruz.

An open plan home with ocean views for $650 per night 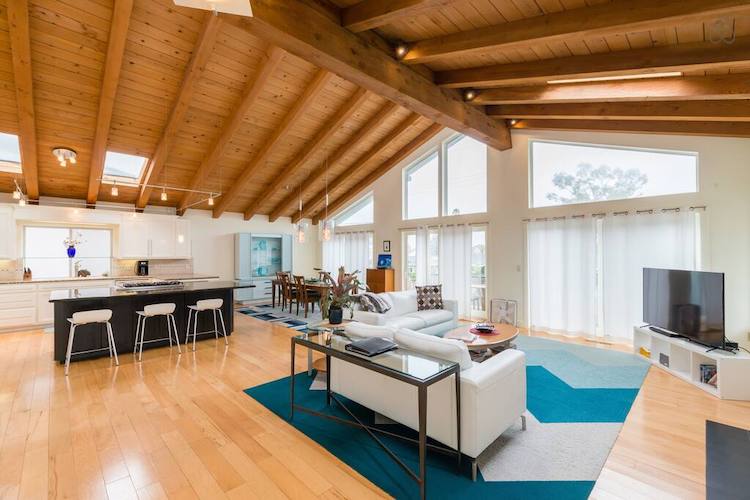 Picture it now. Waking up in the morning, stepping to the window, and conducting your own surf report from the comfort of your own home. At La Sirena, this is possible. And if the waves are non-existent, at least you’ll be staying in the this extraordinary open plan space.

The expansive living area moves seamlessly into the kitchen, while high vaulted ceilings add to the sense of openness. A fully equipped kitchen is perfect for hungry crowds, while a large outdoor patio, complete with grill, is fit for sizeable barbecues—and drying out surfboards.

The four bedroom house can sleep eight. The firepit in the backyard could probably accommodate even more, and is an especially good spot to regale people with tales about the ‘best wave of your life’ that, unfortunately, no one saw.

A Spanish style home overlooking Cowells for $580 per night 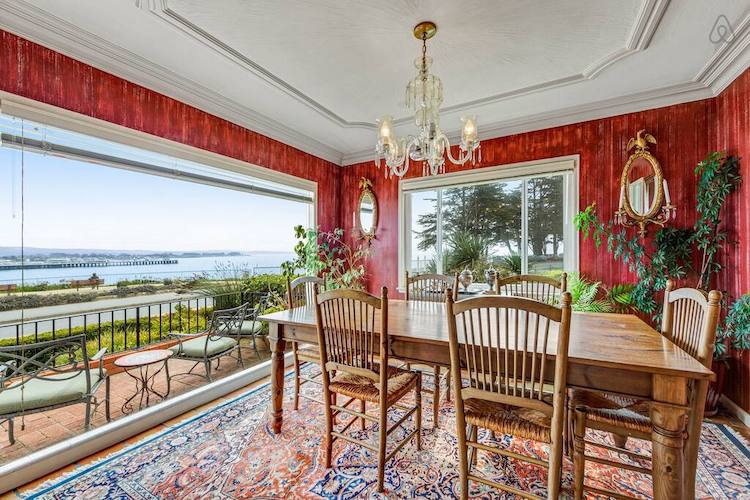 Without a doubt one of the best Airbnb homes for surfers in Santa Cruz. This Spanish-style home evokes European charm thanks to a terracotta roof and beautifully tiled designs throughout. The interior is replete with bright colors and floral accents, while a backyard patio offers outdoor seclusion. There’s a hot tub to unwind in, too.

The house itself overlooks the Santa Cruz wharf and Cowells Cove, where you can study beginner surfers as they jostle for space on slow rolling one-footers. If you want to be a part of it, grab the foamy and jog on down—that party wave isn’t going to ride itself!

If surfing’s not your thing, the wharf itself is home to a number of restaurants and bars, all walking distance from the house. In summer, the beach at Cowells Cove is a wonderful place to lounge in the sun.

Live one block from the beach for $800 per night 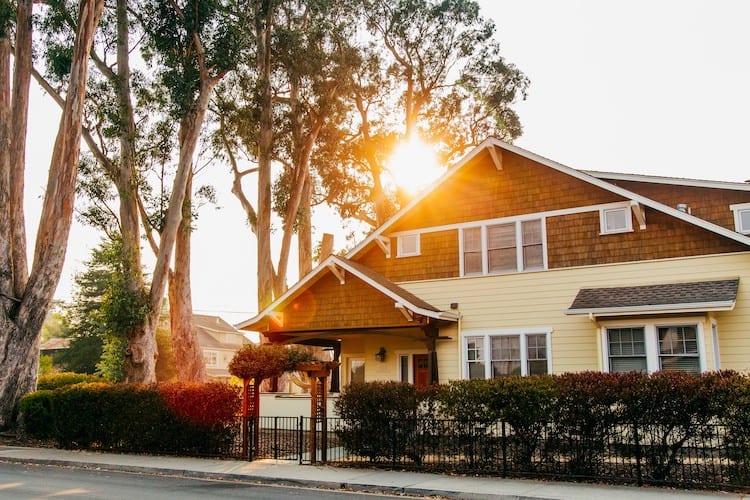 No need to pack the quiver for this one—the home provides surfboards. However, if you’re a slightly more than average joe and you’re looking to challenge yourself, it may be wise to bring a few of your own sticks, as Steamer Lane and Mitchell’s Cove are quite literally a few blocks away. And as we’ve mentioned, the former can get very, very big.

The home itself sleeps 10 and is decorated in a pleasingly neutral style. A large kitchen in fit for a crowd, while a backyard and front patio serve as relaxing places to unwind in the Santa Cruz sun. The house also has a boardroom slash workspace, making it ideal for company getaways. Or for anyone keen to add some spice to a vacation by pitching a new start-up to various family members.

For those seeking a bit of Santa Cruz history, the Surfing Museum is just down the street. A little further on, the city’s famous statue of a surfer stands proudly on the coast.

A midcentury gem right on the beach for $490 per night 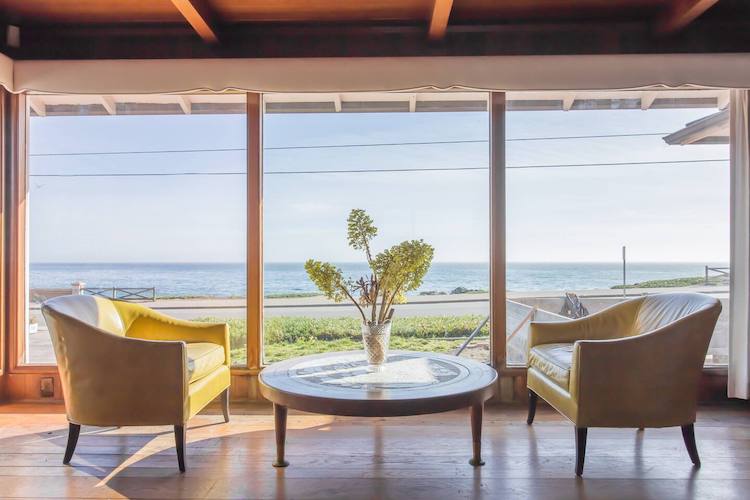 Along with sun, surf and extensive national parks, one of California’s greatest draws is its extensive examples of mid century modern architecture.

Take this home, for example – one of the best Airbnb homes for surf fanatics in Santa Cruz. The clean lines of the concrete and metallic exterior enclose a home that blends burnished, gleamy wood panels with colorful pops of 50s era furnishings. A simple yet practical kitchen will please any chef, while the ocean facing living room offers panoramic views thanks to floor to ceiling windows.

Out front, a gravel patio becomes a viewing platform for incredible sunsets, as well as a place to check the surf every morning of your trip. 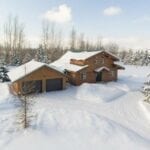 The 5 best family friendly Airbnb homes in Mount Hood, OR 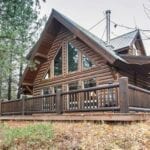 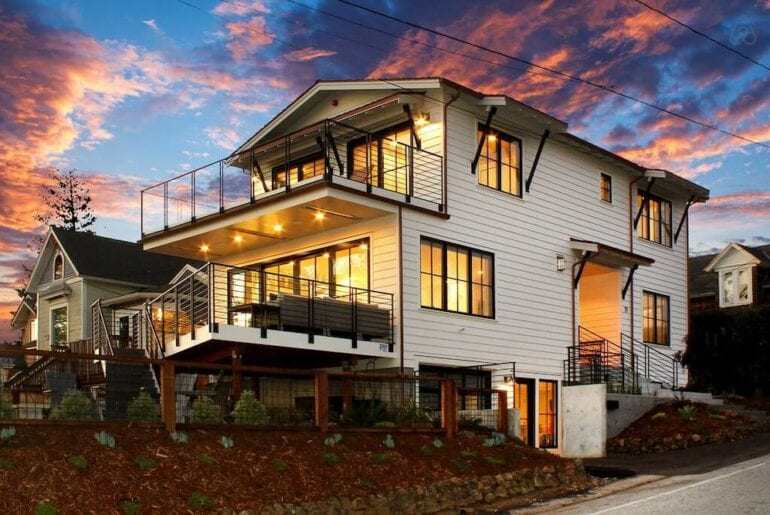 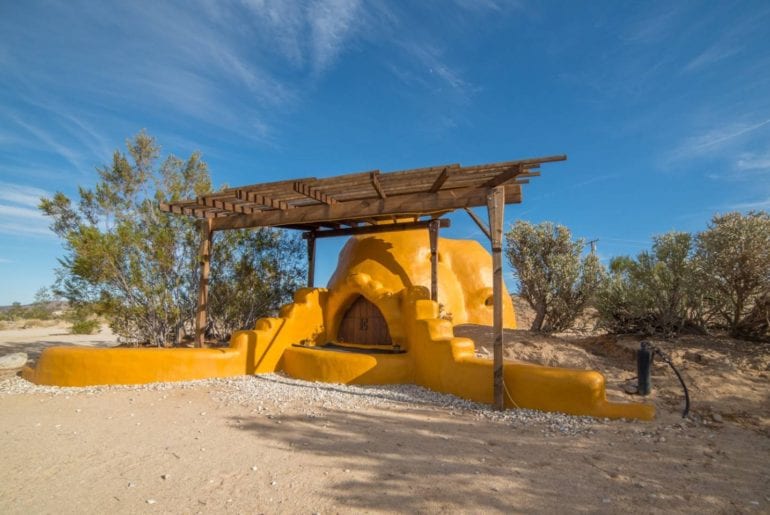 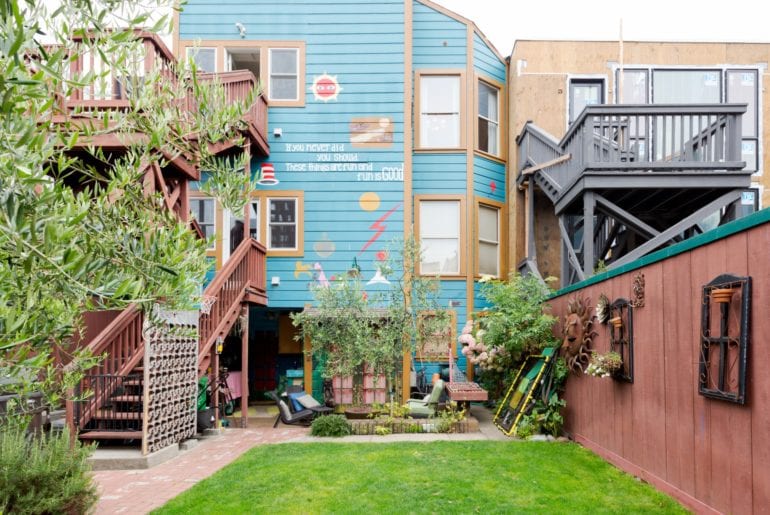