In 2017, Tucson was named the first UNESCO City of Gastronomy in the United States. The title didn’t just recognise the dishes and cuisine associated with the southwest, but also the ancient culinary heritage of the region itself.

The city is the oldest continuously inhabited area of North America, with evidence of Native American settlements dating back to the 1300s. As such, Tucson’s agricultural story is centuries old, and far from population growth and urban development stifling this ancient past, the city has worked to preserve it.

From the preservation of historic crops and education initiatives on sustainable food, to James Beard award winning chefs and a distinct Sonoran cuisine, Tucson is true city of gastronomy. These Airbnbs will allow you to sample to best food on offer in the Old Pueblo.

Six Of The Best Luxury Airbnb Homes In Tucson, Arizona

A converted bakery a short walk from downtown for $149 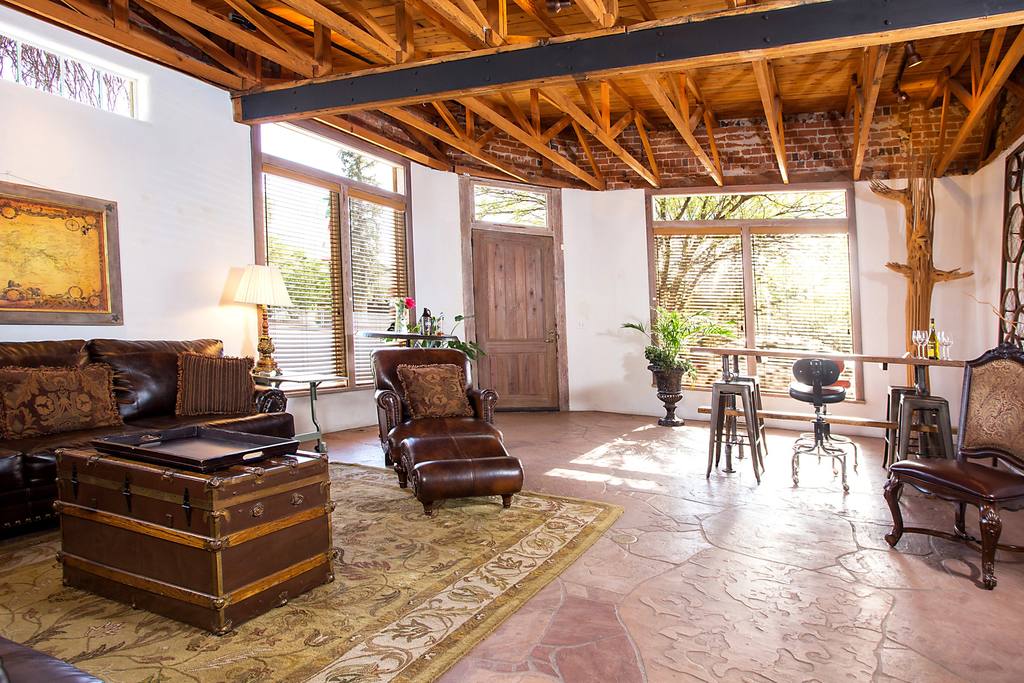 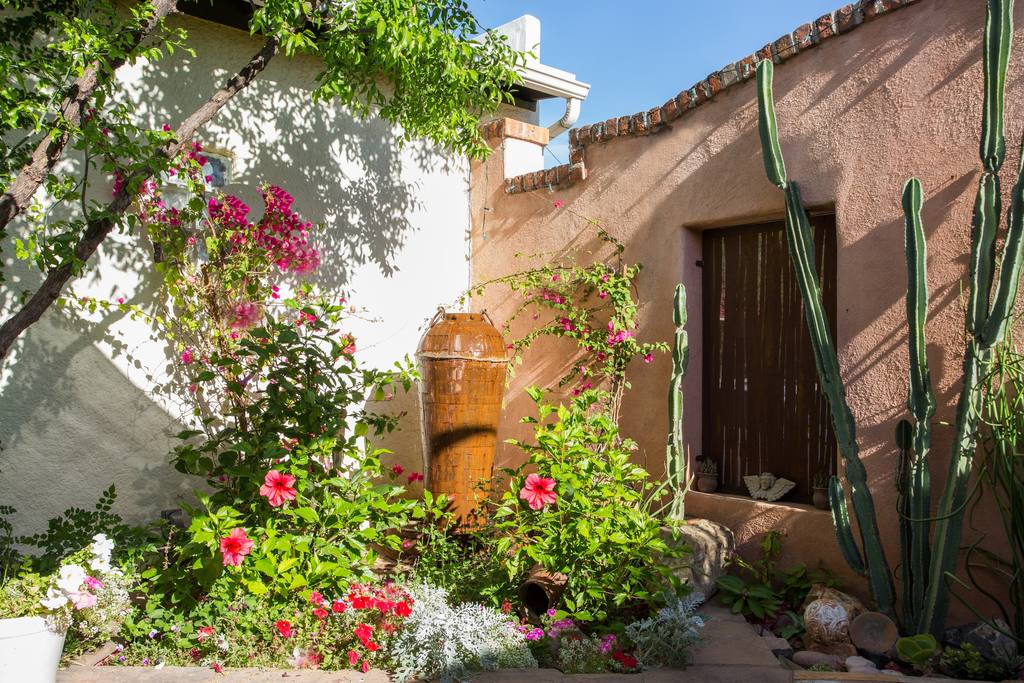 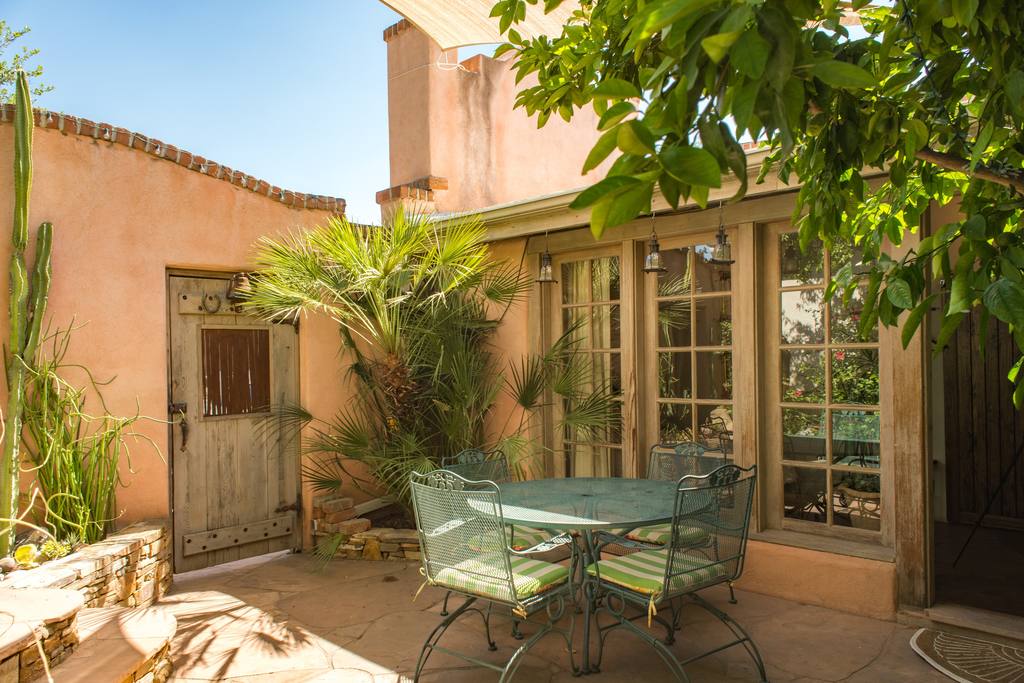 Much of Tucson’s best food can be found in and around downtown, an ever-evolving area home to both shimmering towers and traditional southwestern architecture. This beautiful home was borne out of the conversion of a 100-year-old adobe bakery.

The original Spanish revival storefront remains, where a wooden door leads into a large living space. Stone floors and wooden, vaulted ceilings welcome in the cool air, while a sunroom ushers in the morning with a flood of light.

For those who envision making home-cooked meals surrounded by the home’s unique artwork and thoughtful accents, the kitchen is appointed with top-of-the-range appliances and a range of spices. If you want to eat out, the restaurants of downtown are on your doorstep; including La Cocina, an indoor/outdoor cantina in the historic Presidio district.

A historic adobe with room to entertain for $160 per night 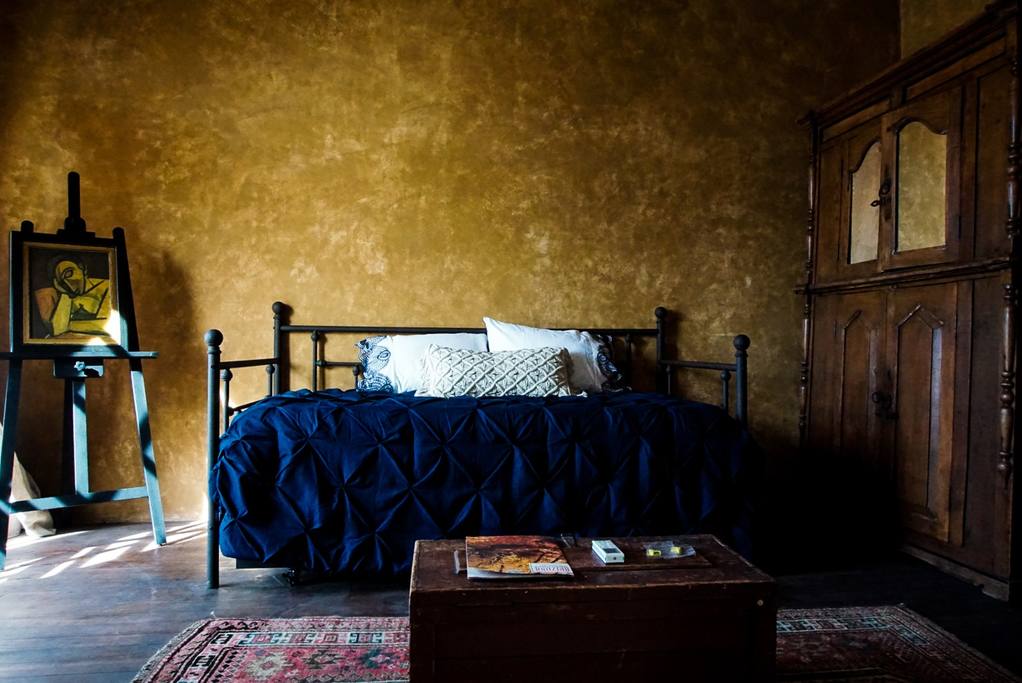 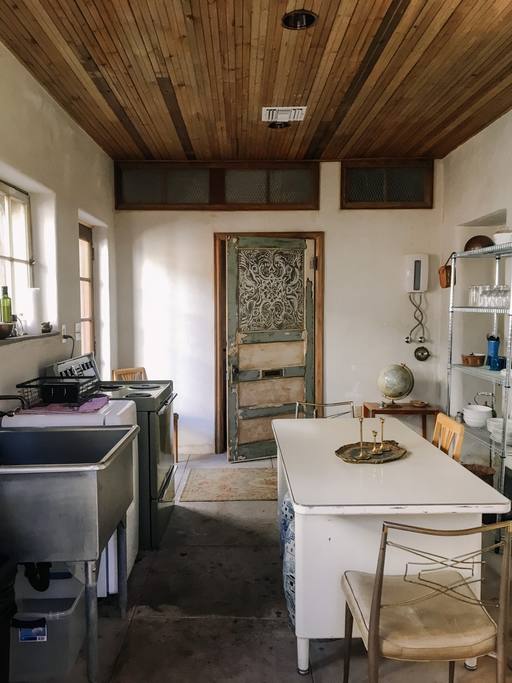 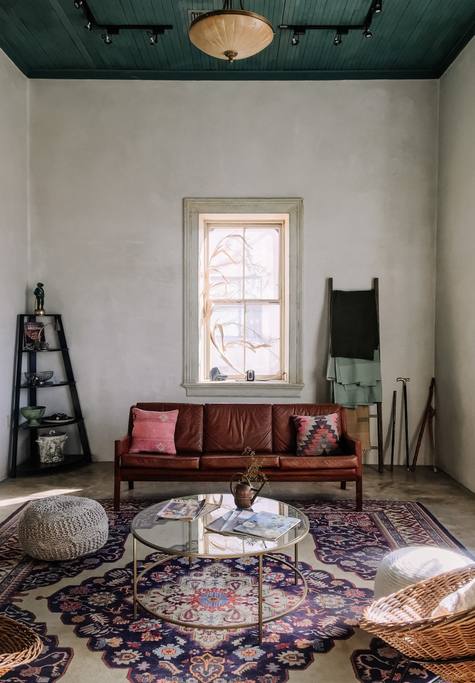 If you want space to entertain—or simply space to breathe—this historic adobe home is perfect for your stay in Tucson. The fully-renovated structure is one of the city’s oldest properties, having served as the home of Stewart Udall, who served as Secretary of the Interior under John F. Kennedy.

The home is a short walk from the restaurants and bars of Congress St. and 4th Ave, allowing ample opportunity to explore local cuisine. However, if you’re more interested in hosting a dinner party, the 13-foot-ceilings and lengthy dining area will ensure every guest feels welcome.

With two-foot-thick adobe walls and expansive living spaces, this historic home is the quintessential desert dwelling. 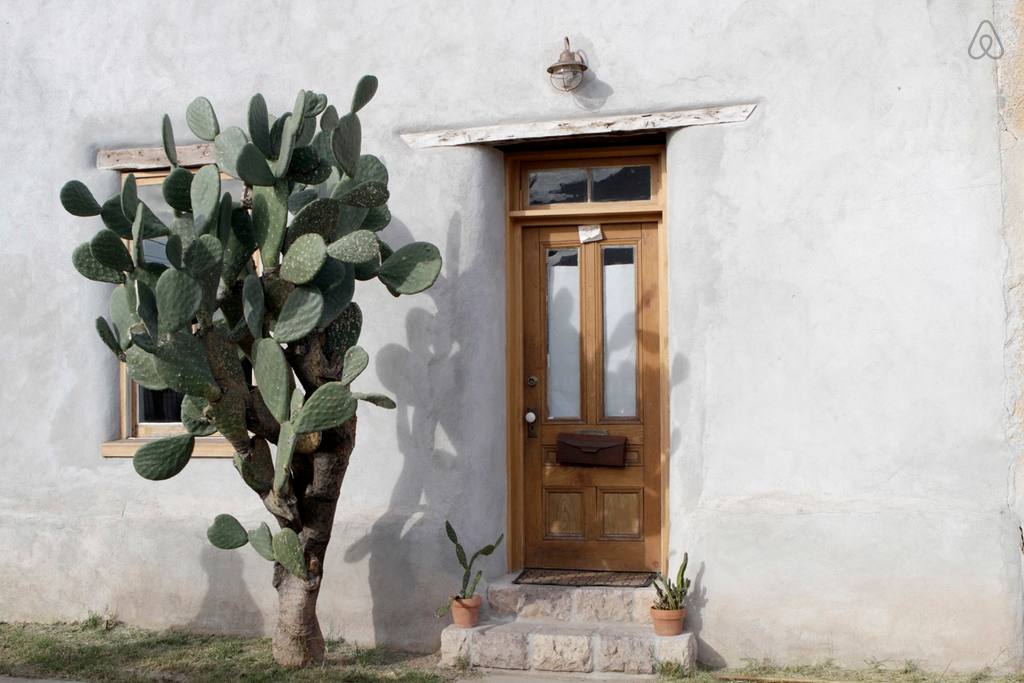 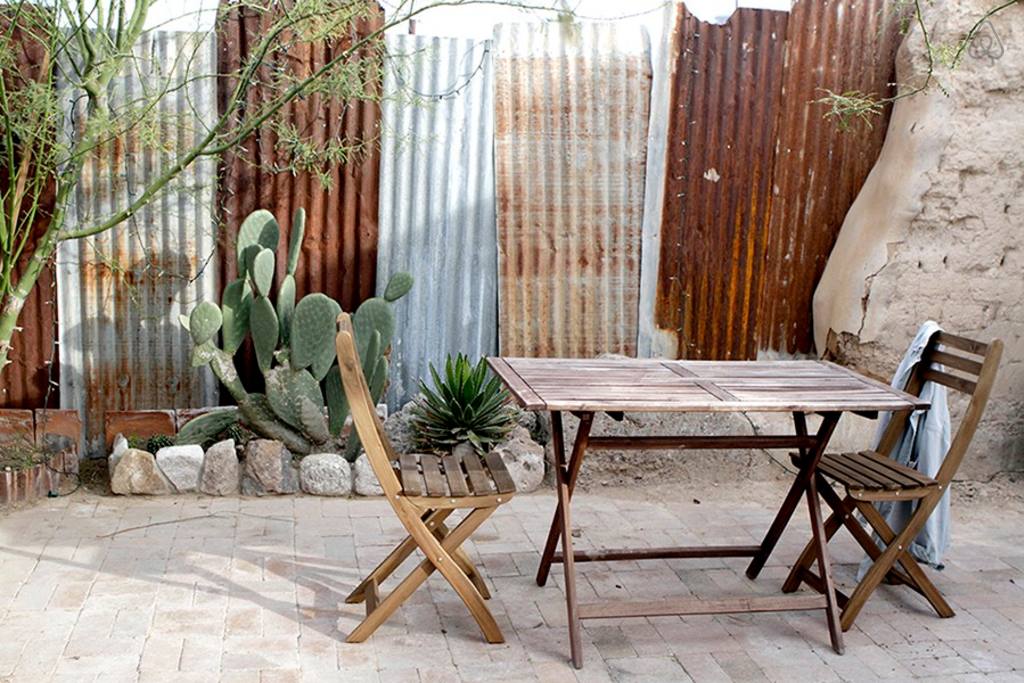 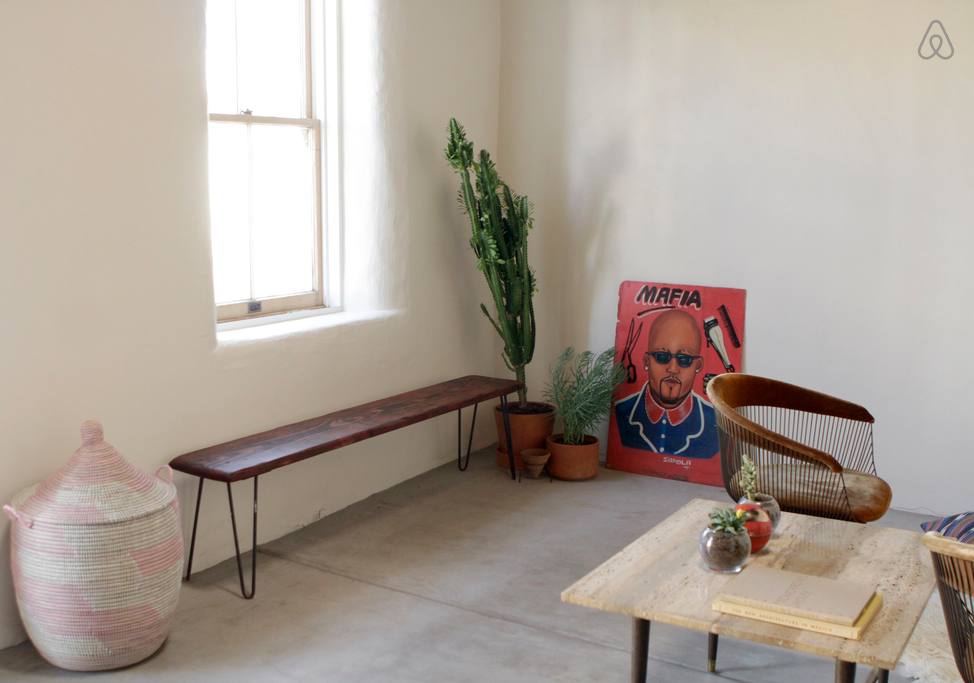 No, your eyes do not deceive you. This beautiful home is only $87 per night, a snip given its subtly appointed interior, brilliant kitchen and unmatched location.

Situated in the historic Barrio Viejo neighborhood, the adobe home is a short walk from downtown, 4th Ave and Congress St., where chefs at the likes of Cafe Poca Cosa and DOWNTOWN Kitchen + Cocktails are upholding—and exceeding—Tucson’s culinary reputation.

While most of the home is composed of beautiful historic design, the kitchen is fully equipped with modern features for anyone who wants to eat in and enjoy the space. Located just south of Downtown, the one bedroom apartment is also a short drive to the modern Mexican fare of Taco Fish and the comforting favourites of local staple, Mi Nidito.

A courtyard home with a pool for $300 per night 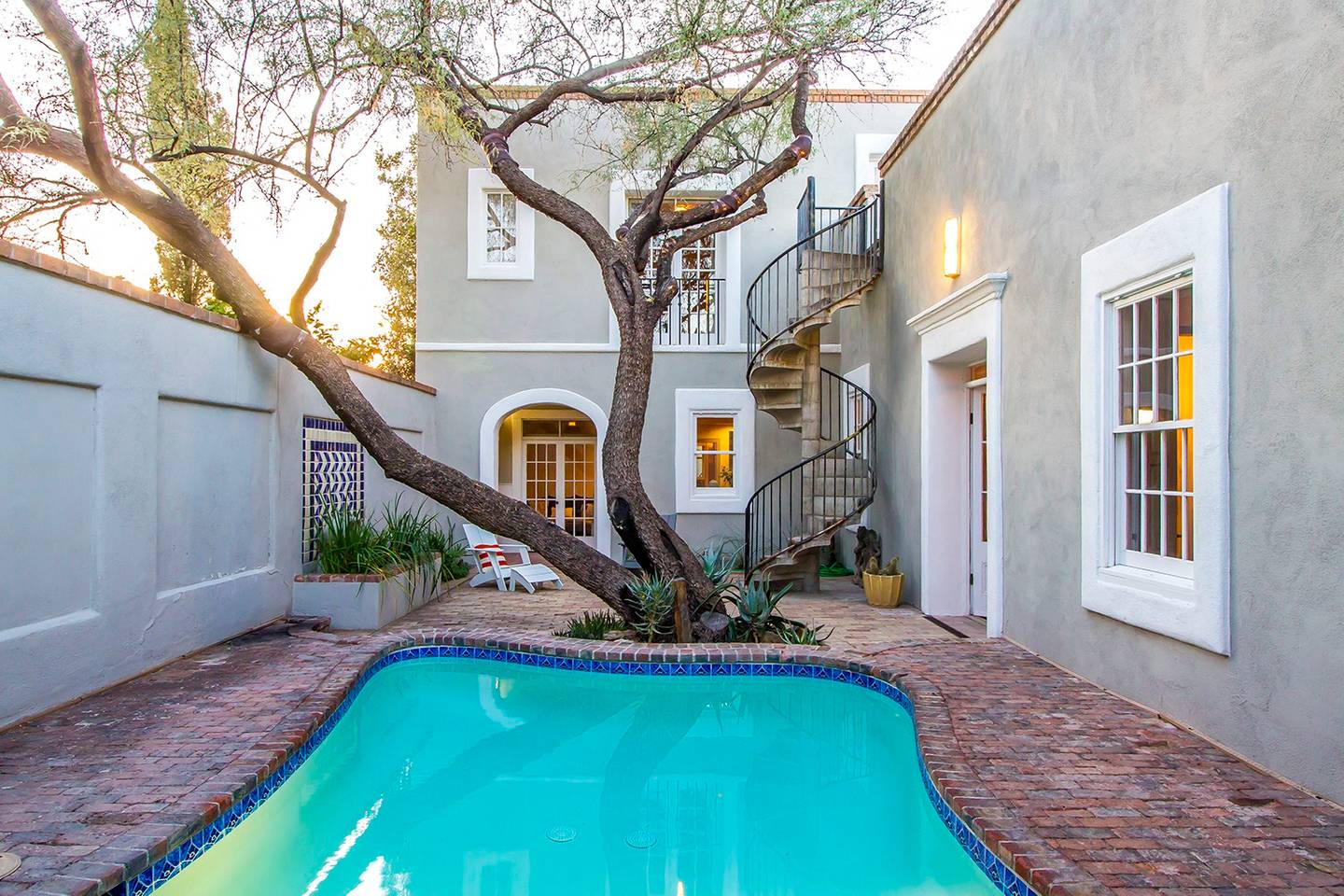 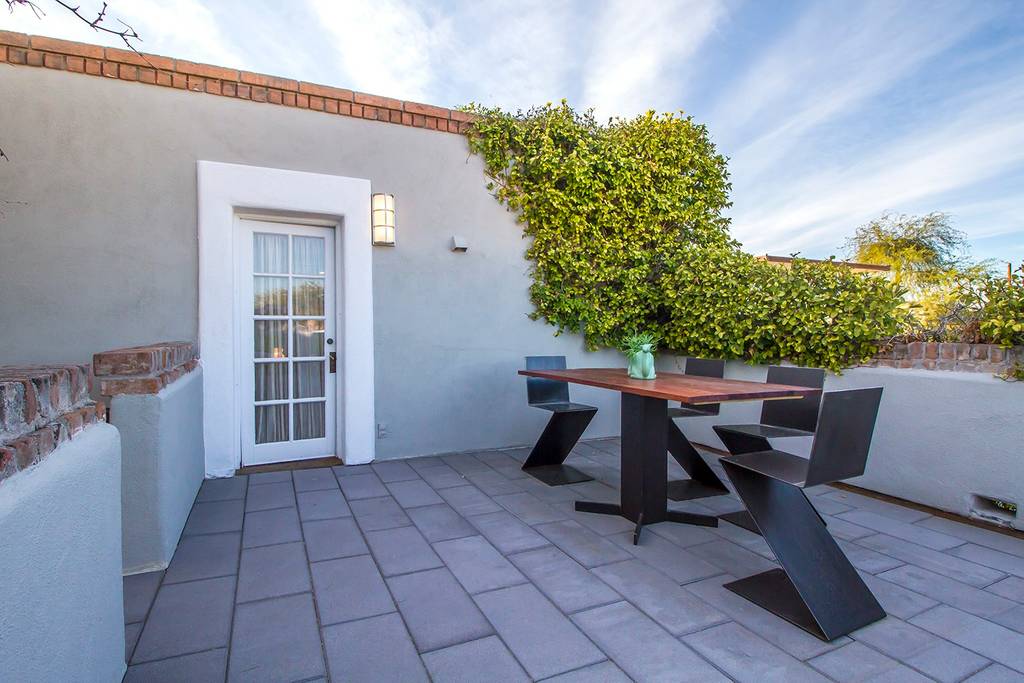 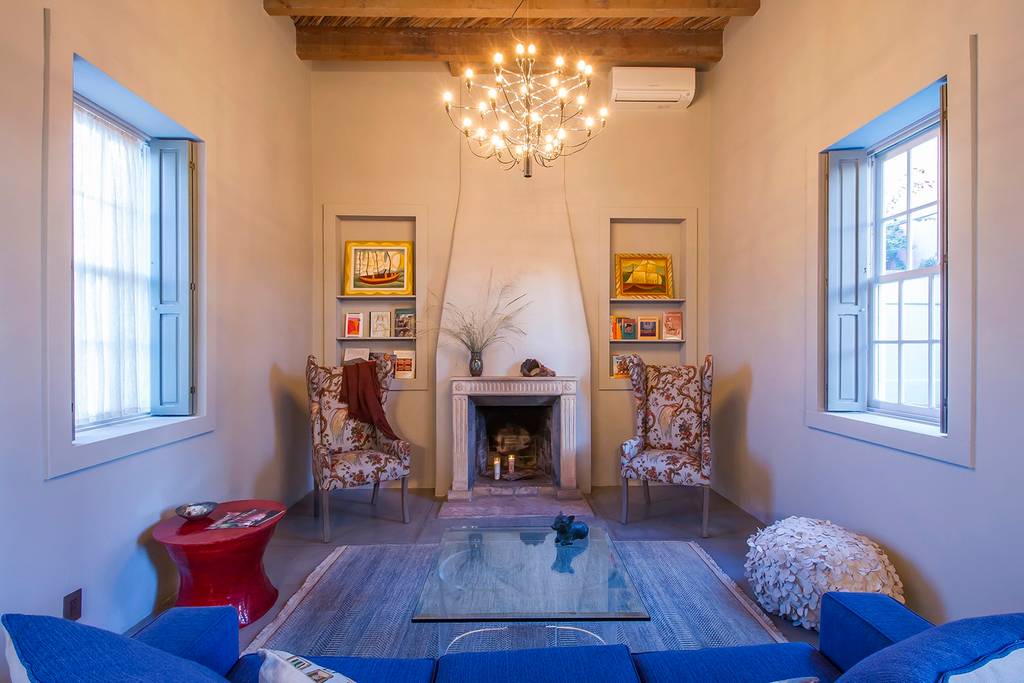 This remodeled architectural gem blends modern comfort with the traditional style of its Barrio Viejo neighborhood. Like all good homes in the Old Pueblo, the high ceilings and stone floors will provide welcome relief from the desert heat, while a courtyard pool will let you cool off under the sun’s rays.

The fully-equipped kitchen will no doubt serve as the focal point of the home, its central island (and enormous fridge) ensuring everyone will have room to gather. The roof deck delivers stunning views of downtown and the surrounding desert, allowing you to unwind after checking out the eateries of the nearby area.

Downtown will let you eat at a different restaurant each night. If you’re on the hunt for brunch, however, we recommend the nearby Five Points Market & Restaurant.

A midcentury desert sanctuary for $165 per night 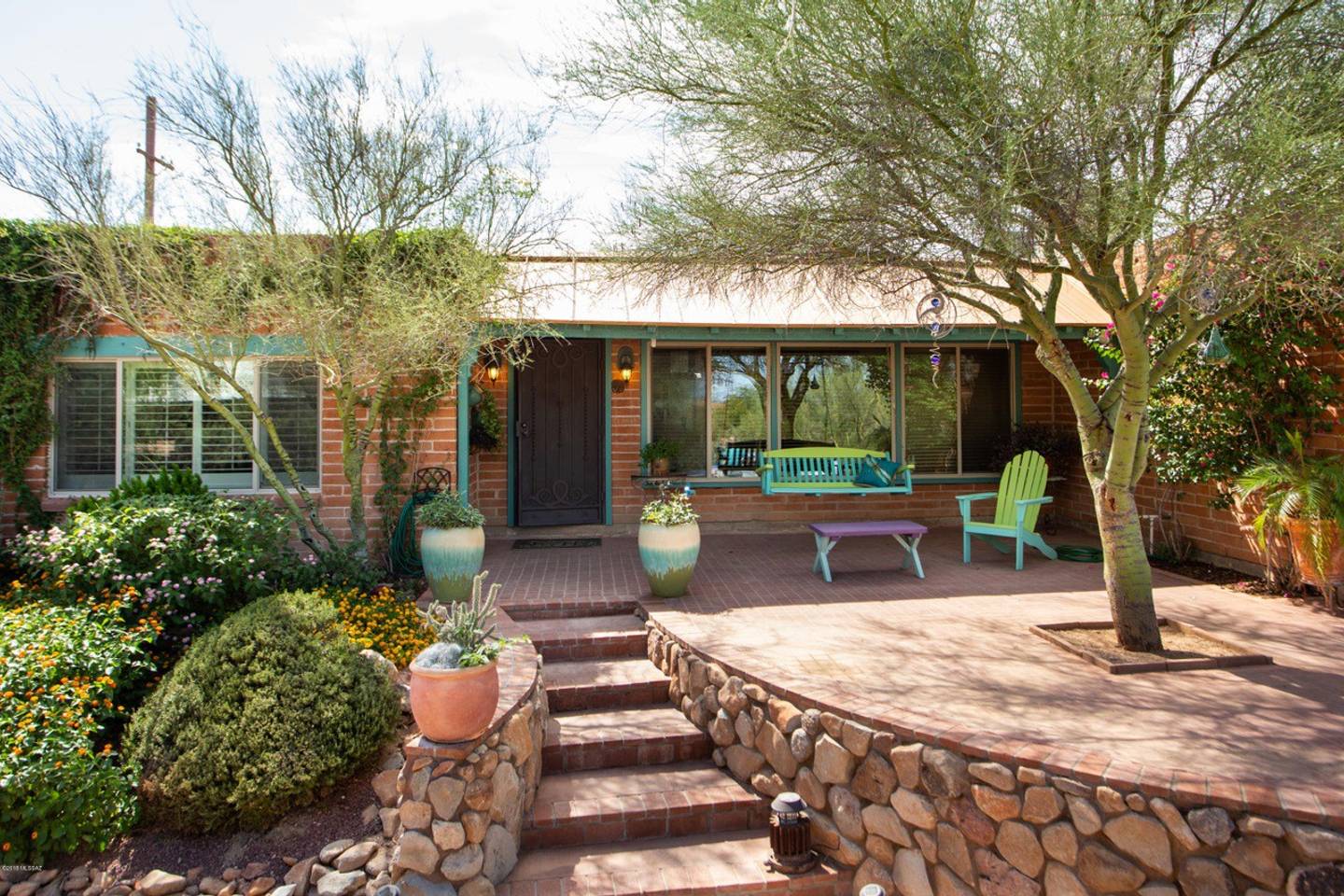 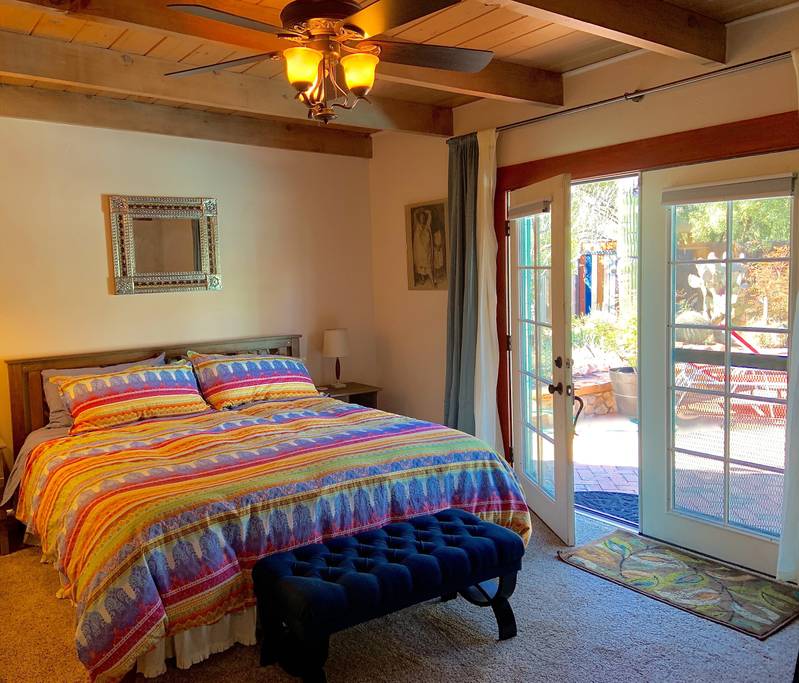 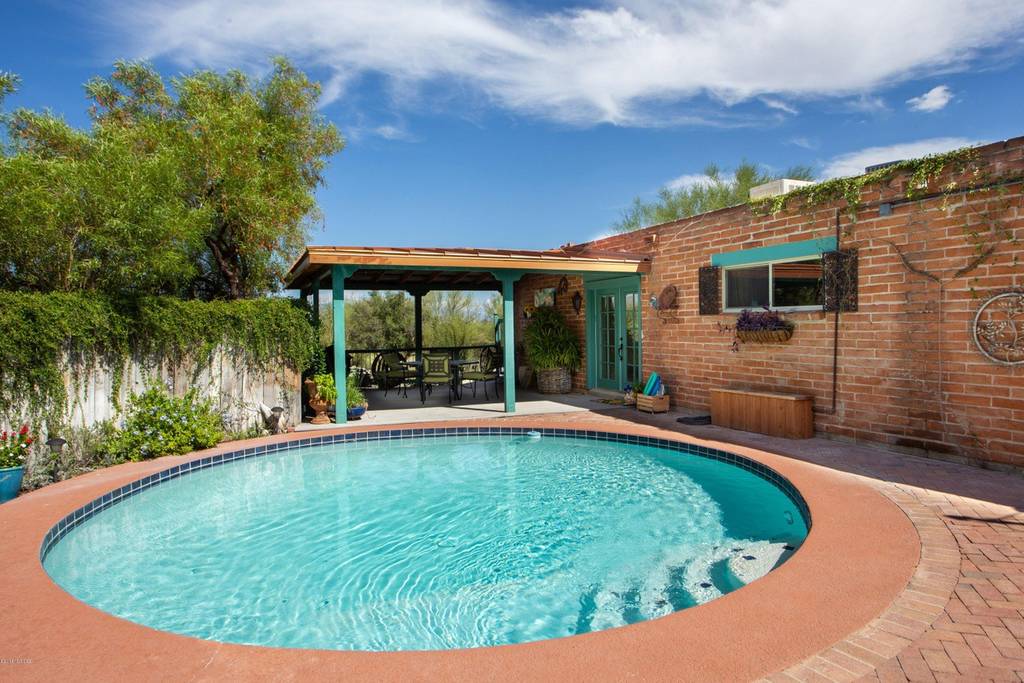 This midcentury adobe brick home is located about six minutes’ drive from Downtown. A sanctuary east of the city, the house is surrounded by lush green trees and Saguaro desert.

The outdoor space has a circular pool and a spa, while the ample shaded patio areas allow you to relax in the desert heat or marvel at Tucson’s crystal-clear night skies.

Inside, the home is dotted with unique touches, including bright tile mosaics, exposed brick walls and a range of details that bring local southwestern flare to your stay.

For those looking to cook, there is a fully-equipped kitchen and an wooden deck for outdoor dining (which, on summer evenings, is a must). On your drives into Tucson, be sure to check out El Guero Canelo, a local institution and James Beard award-winner famed for its bacon-wrapped Sonoran hot dogs. 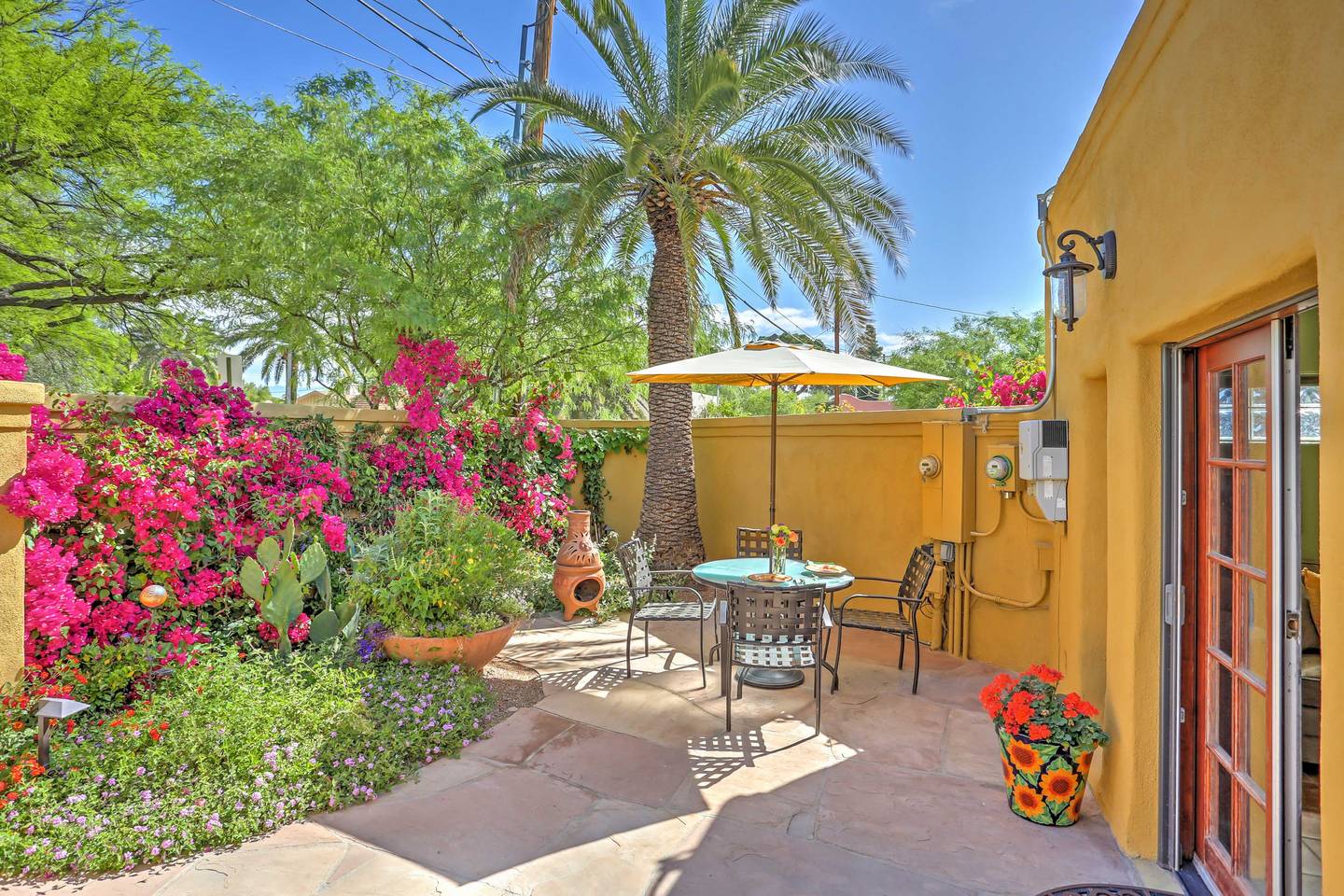 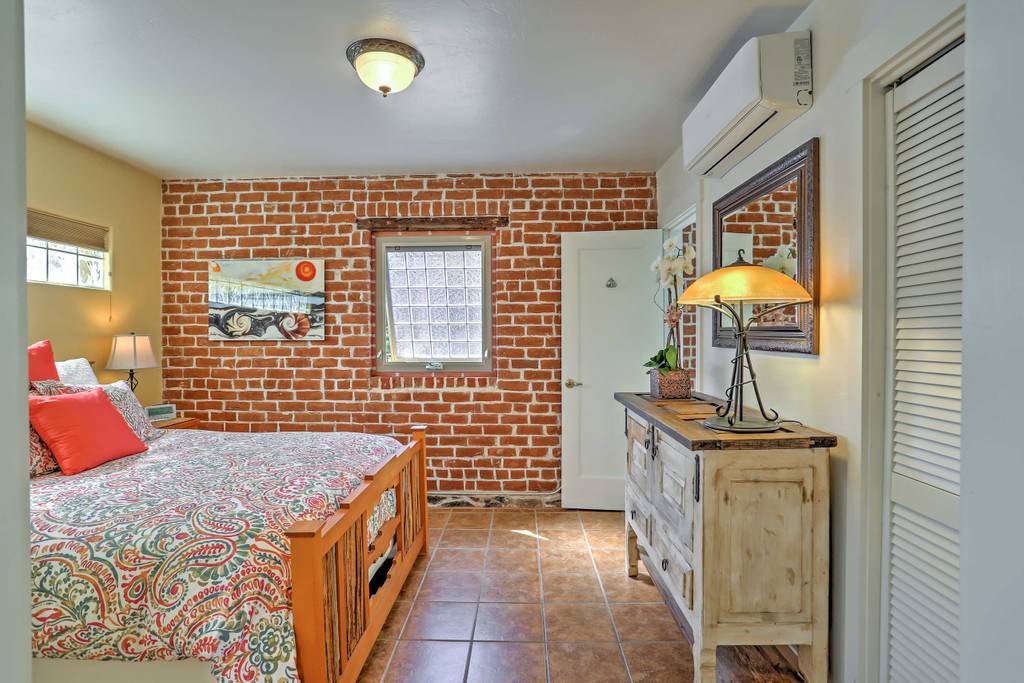 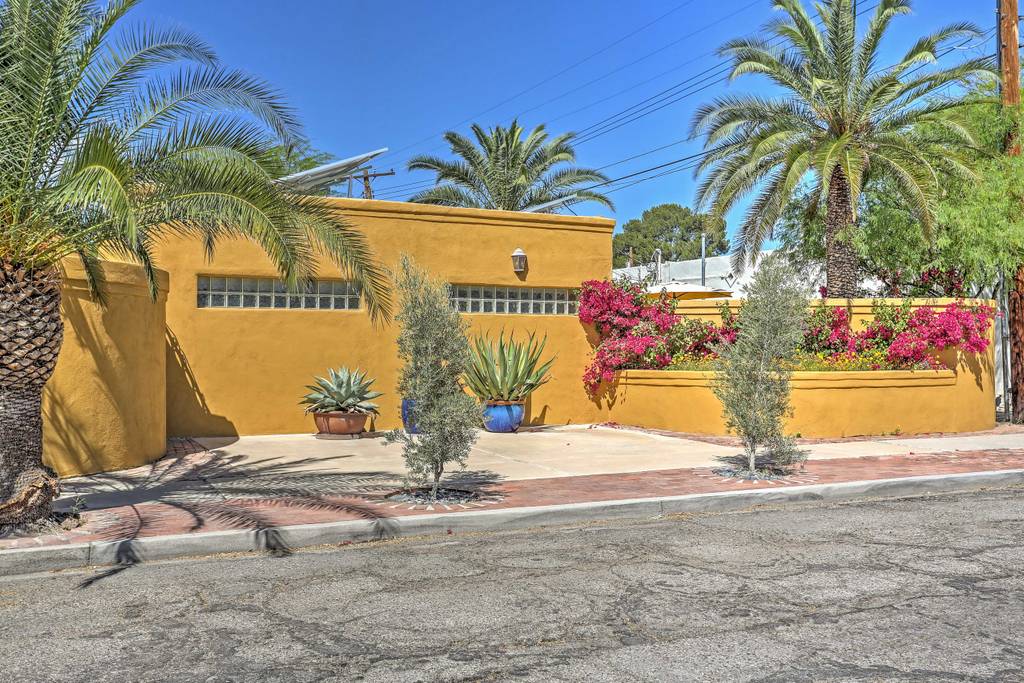 In the past few years, two restaurants have developed a local reputation thanks to dishes that differ from the southwestern standards. Firstly, Alafia West African Cuisine, west of the University, is known for its unfussy, simply prepared Beninese cuisine. While the establishment is bare-bones, the food—think grilled fish, barbecue chicken, plantain—has placed it on many local ‘Best Of’ lists.

Secondly, Rocco’s Little Chicago is serving up authentic Chicago-style deep-dish pizza. Whether you love it or loathe it, these messy pies have become a Tucson staple thanks to Rocco’s.

Which brings us to this yellow westside cottage. This charming casita is bright and welcoming; a perfect stop for foodies who need a base from which to sample Alafia, Rocco’s and anything that takes their fancy. Each room is light-filled and colorful, and a patio let’s soak up the desert heat.

Plus there’s a gas grill, in case you want to barbecue. 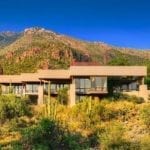 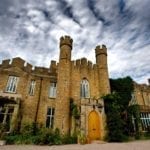 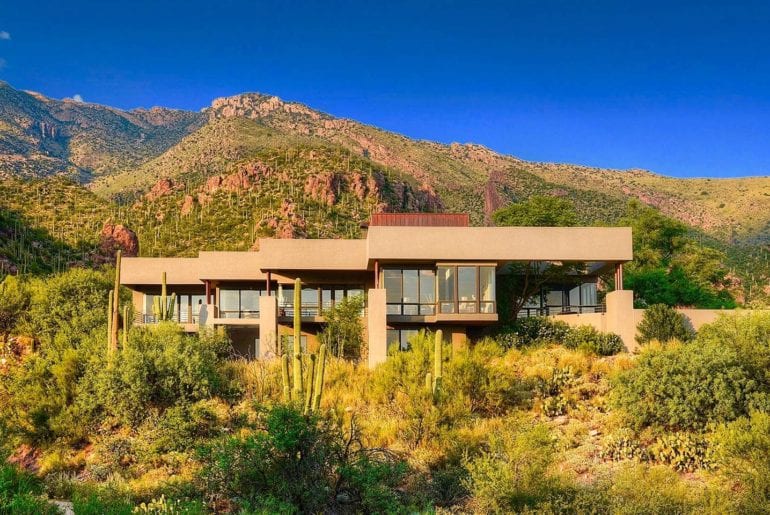